The Superpowers of the Intelligent Robotic Worker KoCo

The intelligent robotic worker KoCo (Kolektor Collaborative) is ready for use in less than ten minutes, it can be moved between different workstations, it is constantly aware of its surroundings and learns from experience.

A whole new level of flexibility and mobility

The intelligent robotic worker KoCo, created under the auspices of Kolektor Digital and developed with state-of-the-art simulation technologies, autonomous control and artificial intelligence, brings a whole new level of flexibility and mobility to modern industrial robotics with its innovative modular design. With digital twins, it increases the speed and efficiency of deployment in new workplaces, and with a multitude of sensors and artificial intelligence, it constantly perceives its environment and learns from experience. In this way, it becomes increasingly useful and efficient over time!

In the production facilities of the manufacturing companies Kolektor KFH, Kolektor Ascom and Kolektor ATP, seven intelligent robotic workers KoCo are currently working at nine different workstations. Although these companies use different development versions of KoCo, they all perform their work precisely and tirelessly, whether assembling components or manipulating incoming materials to run various machines, assembling and disassembling products, or performing quality measurements and sorting good and bad parts.

At Kolektor, KoCo robotic workers usually work two or three shifts, depending on the requirements of the production process and market demand. One of the main motivations for their development, which has been taking place in the Kolektor's portfolio start-up Airnamics since 2018, is the fact that humanization of work in manufacturing and, consequently, significantly higher productivity, flexibility and cost efficiency play an important role in Kolektor's business strategy and global market demand.

The latest production version of the KoCo robotic worker can also check if the equipment it is using is working properly or if it needs to be repaired. Using various sensors and artificial intelligence, it recognizes the geometric features of the environment in which it is working and adapts to them autonomously. It is also able to check if the people responsible for the intralogistics of the material to and from the robot have done their job properly. If not, KoCo kindly reminds them to check their performance again.

A robotic worker that can calibrate itself

In case of various mechanical anomalies, the robotic worker KoCo can autonomously calibrate itself. In other words: If a gripper is misaligned or deformed during operation due to damage, for example, the robot automatically performs an optical calibration that allows it to continue its operation smoothly and just as effectively.

Achievements on the way from prototype to production version

All the superpowers of the intelligent robotic worker are indeed remarkable developmental leaps and technological achievements that Kolektor's portfolio start-up Airnamics has made on its way from the first prototypes to the production version of KoCo. According to Marko Thaler, CEO and co-founder of Airnamics, KoCo redefines performance, robustness, flexibility and economic efficiency in the emerging market of intelligent industrial robotic workers. This is primarily due to the three core pillars on which KoCo is based.

According to Marko Thaler, the first pillar is an innovative modular design that enables fast and efficient mechanical configuration and reconfiguration of the robotic worker. In practice, this means that interchangeable modules, such as a mobile table with a robot arm, a storage system for input and output materials, a mobile table for customized elements and a rotary table for parallel operations, can be configured in just a few minutes according to the needs of the workstation assigned to the robot.

From the digital to the physical world with a single click

Virtual commissioning is the second software pillar that allows the robot to be configured, programmed, optimized and tested in detail in the virtual environment. Once we are satisfied with the robot's performance in the digital world, we transfer the same control program from the digital world to the physical robot with a single click.

As Marko Thaler explains, developing a proprietary digital platform for job evaluation, worker configuration, solution programming, factory deployment, and operational support has dramatically increased worker capabilities and reduced the time required to deploy robotic workers in a factory. This is especially important for manufacturing companies with small-batch, and high-mix production that need to respond quickly to changing market demands.

Calibration accuracy of up to five hundredths of a millimeter

The third pillar of KoCo's success is artificial intelligence, which allows the robot to analyze its environment, react to it, and adjust or calibrate accordingly, even with an accuracy of five hundredths of a millimeter. "Fortunately, we did not design KoCo to curse when it detects a human error or when it needs to be recalibrated because of it, as this is quite a common occurrence," Thaler jokes. But the fact is that the Airnamics team's achievements in using artificial intelligence also make it possible to introduce robotic workers to new workstations quickly, user-friendly and efficiently! 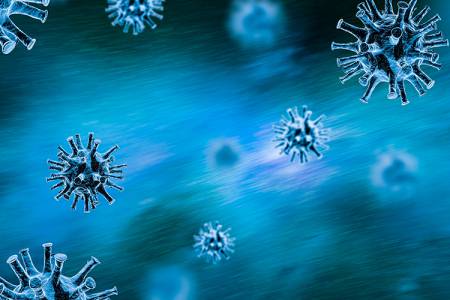 Digital transformation - are you going in the right direction?